Anyone who went with us last year, knows we were treated to some fabulous conditions. This was great for us skiers and snowboarders, but it also means that the people who own the hotel units are hanging on to them this year instead of putting them into the rental pool we draw from, in anticipation of another great season. That means less rooms are available for rental this year!!

Did you know that every year we have prize draws for gift certificates? As an incentive during the month of October, anyone who has booked already or does book during the month will receive extra ballots as follows:

As of right now, we are holding rooms for 21 families. This is a great start to the season, and at this rate we will be filled very quickly.

Look for price estimates to be sent out next week. We are just in the middle of revising our information from last year, based on the current season rates Sunday River provided us. They have gone up slightly, as is the case every year.

One last thing to note, Cleve’s is having a sale in Halifax starting tomorrow, details on the schedule here.

Get in touch with us by using the "Contact Us" link on the main menu bar, or email us directly here.
Join 69 other subscribers 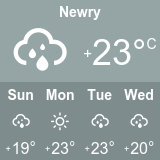 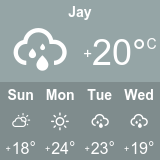